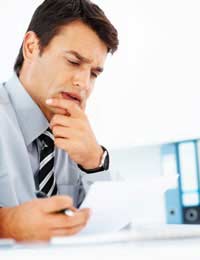 British consumers are being confused and misled by debt consolidation companies, according to a recent report published by the Office of Fair Trading (OFT).

The OFT said that some of the firms currently offering debt management advice were found to be using misleading advertising. Some of their advisers were poorly trained or not qualified to offer advice and in many instances they demonstrated a poor awareness of debt management rules or how to resolve complaints.

According to the OFT report, one of the biggest complaints made against debt consolidation companies was a lack of clarity for consumers. In many instances individuals who contacted debt management companies were simply not made aware from the outset that the firm charged fees for their services.

Advertising was also found to be a concern. Many debt consolidation companies use advertising that promises to reduce or remove all of a consumer’s personal debts. Often the thorny subject of fees isn’t mentioned and the OFT received several complaints that the fees these companies charged were excessive for the services they offered.

Much of the advertising from debt consolidation companies was also found to be inaccurate or misleading. For example many of the firms practicing in Scotland were found to be telling consumers that they could take out Individual Voluntary Arrangements (IVA) when they are only available in England and Wales. Many Scottish consumers who visited debt consolidation firms were not informed that the correct arrangement for them would instead be a Protected Trust Deed.

The OFT pointed out that debt management companies are able to hoodwink unsuspecting customers because most of them are in desperate trouble with their finances and are looking for a quick and simple solution to their problems.

However, the OFT warned that claims that all debts can be just ‘written off’ are nearly always inaccurate or false and that paying large fees for such advice will only increase a consumer’s debt levels and anxiety. In fact, the OFT received a number of complaints from customers of debt management companies who felt that their problems had gotten actually worse rather than better after the advice provided by unscrupulous debt management companies.

The concern is that if the quality of the advice about debts is poor then this could discourage people from getting help about how to handle their finances and to deal with their debt problems. The OFT’s report is a welcome move that should help to weed out the unscrupulous debt management companies, whilst persuading consumers that good advice is readily available.

Where to Get Good Debt Advice

Anyone who is starting to feel concerned about how to cope with their debts should try to obtain good, reputable advice from professionals that, most importantly, will not charge a fee for giving their advice. The Citizens Advice Bureau is the best place to start and, if they feel that the problems require specialist assistance they can point people in the right direction for more appropriate advice and information.
Next Page

Preventing Your Credit Rating from Being Unfairly Punished

How to React to a Random Credit Card Rate Rise